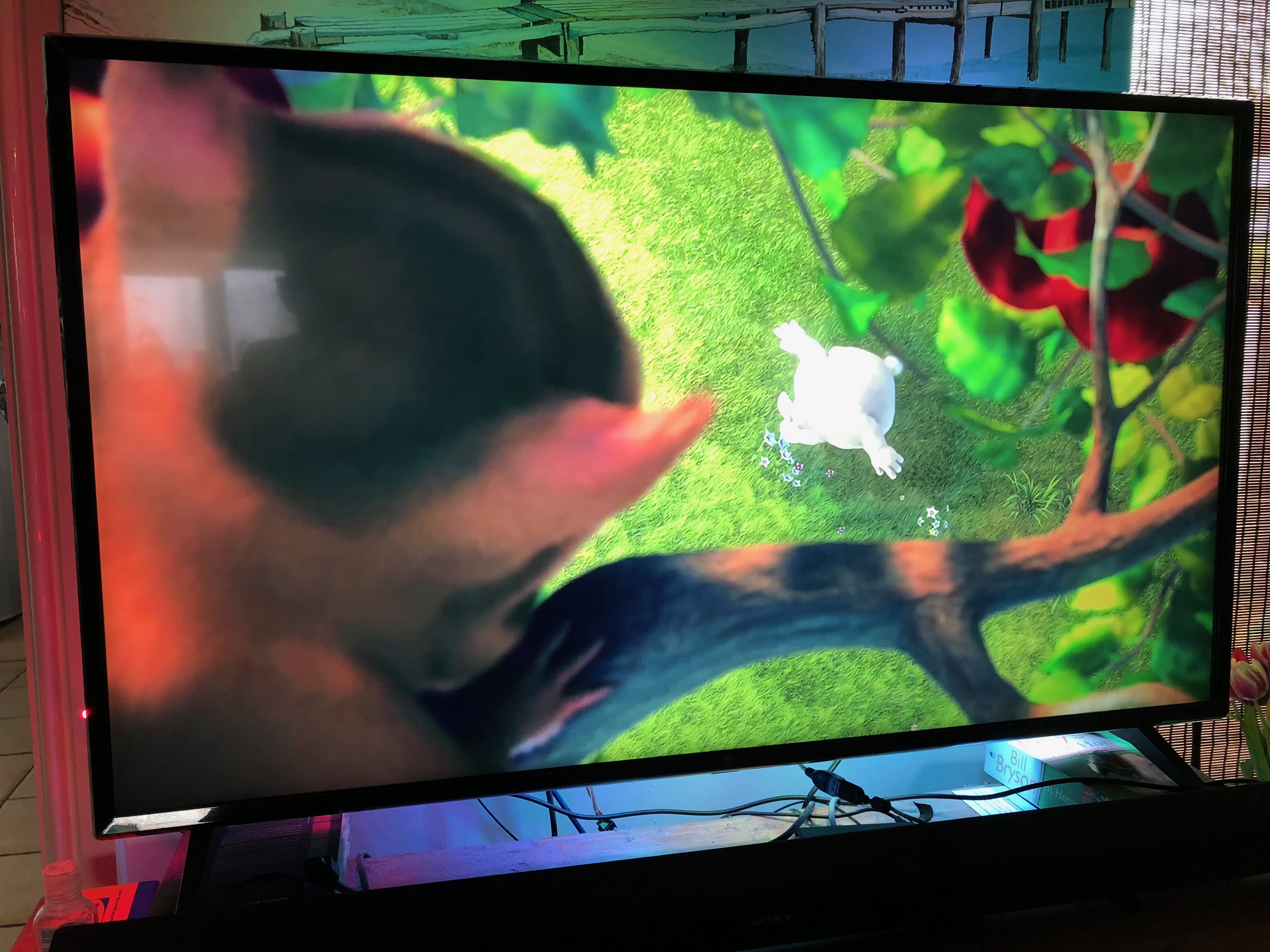 It’s a well-known fact that watching too much TV, especially in the dark, puts a strain on your eyes. There are many bias (or ambient lighting) systems out there for TVs and monitors, most of which rely on an HDMI input in order to capture the image before it is sent to the screen. Obviously, this is not much use with modern smart TVs that have a plethora of applications built in such as Netflix, Amazon Prime, BBC iPlayer, PLEX etc.

I started to hunt for an alternative solution and came across an excellent piece of software written by Waldo Bronchart, which he has written up here

This uses a Raspberry Pi, a USB camera and some WS2801 LEDs. The software captures the image from the USB camera, detects the colour at the edges of the picture and drives the LEDs to match. It even has a nice little companion app that allows you to draw a trapezoid around the region of the image the camera captures in order to accurately define the edges of the screen and adjust various camera settings (Gain, saturation, brightness, contrast etc). More on this later. for now, lets look at the parts list required: (All parts below are the actual ones I used, feel free to try different ones, but pay attention to the power requirements of the LEDs) 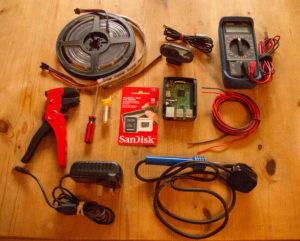 You’ll need at least 4GB free space on the card. I managed to make this fit on an 8Gb card by removing some of the software installed with the Pixels distro.

First of, head off to raspberrypi.org and download the Pixels image and write this to your card. Boot the Pi and be sure to enable SSH, and the SPI interface.

You can find my fork of all the code here

SSH to your PI, and run

This will remove the wolfram engine and libreoffice in order to make some room (8gb card minimum required) and install all the pre-requisites, and compile all the required software. This is going to take a long time, just over 3 hours on a raspberry pi3!

once finished, look at HardwareConfig.h in the ~/AmbientLightServer directory to see how to set up your LEDs (you will need 2 strips).

the -j4 tells the compiler to use all 4 cores. The other option you may wish to change is the starting LED position. you can find this in the TrapezoidSampler.cpp file at line 43. don’t forget to recompile if you change this setting!

That’s it for the Raspberry Pi software, next let’s move onto the hardware. For this project, we cut the LED strip in half to have two equal lengths. you should see the point at which they can be cut easily enough – there will be 2 sets of 4 solder pads annotated +v d1 c1 and gnd. Cut cleanly between the two rows.

The image on the right shows the power wiring – 2 short positive and ground wires to power the pi, and 4 longer wires, 2 live and 2 ground, to power the LED strips. be careful measuring the lengths, they will need to stretch from the Pi (which I mounted in the centre rear of the TV) to the top and bottom of the screen, or opposite corners, depending on if you changed the start position in TrapezoidSampler.cpp. At this point, I plugged the power supply in, connected it to the socket and checked the polarity! You will also need another 4 identical lengths of wire for the data connections.

Solder the power wires from the PSU connector you have made to the Pi, pins 2 (Live) and 6 (Ground). Solder the other 2 pairs of power to the LED strips, taking care to note the polarity, and make sure you solder to the beginning of the strip. (Mine had arrows showing the direction of flow)

Next is the data and clock wires. may attention to the LED strip – it should be marked C1 and D1 for clock and data respectively. If you see C0 and D0, chances are you are at the wrong end of the strip.

Now DOUBLE CHECK YOUR WIRING!! Make sure there are no shorts anywhere. Hook up the camera to a USB port and power and boot the Pi. with mine, some of the LEDs light up on boot up. Ignore it for now, we just want to check everything works

SSH into the Pi, cd to the AmbientLightServer directory and run

The software should startup, then start reporting how many FPS it is receiving from the Camera.

The LEDS should all be lit, and change colour as you move the camera around. If not all of the LEDs are lit, check your config in Hardware.h and make sure the number of LEDs etc are set correctly.

The next thing you are going to want to do, before mounting the LEDs, is to use the companion application to define the screen area in the captured image. For this, I used a windows 10 PC with Python and a copy of AmbientLightPyClient (https://github.com/waldobronchart/AmbientLightPyClient).

You will need Python installed to C:\Python33 , cx_Freeze used for compiling the client into an executable and PyQT4

Install Python and check the options against those set below 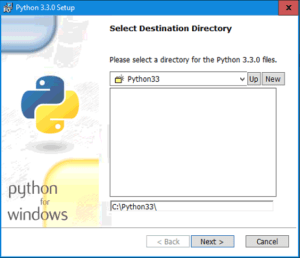 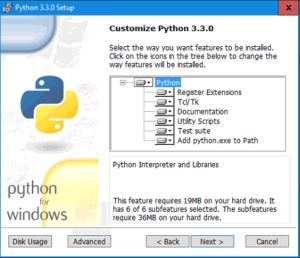 Next install CX_freeze, with all the default options. The install PyQT4 with the defaults.

Download and extract the AmbientLightPyClient Open a cmd window in the directory and run build.bat

This will create a directory called build, and within that exe.win32-3.3 and in there you will find the Ambilight.exe

Make sure your raspberry pi is running the Ambient Light Server and launch the Ambilight.exe.

Go to the Server tab, and enter the IP address of your Pi and click connect 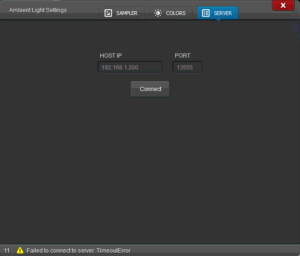 Now go to the Sampler Tab, and after a short delay you should see the image captured by the Pi, and a bounding box with corners you can drag. To set this up, I created a test card 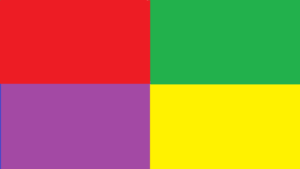 Use this to figure out the orientation of your LEDs before you attach them to the back of the screen! 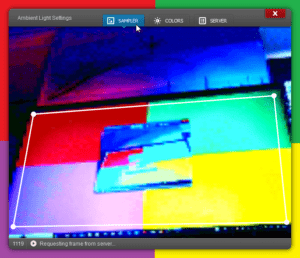 You only need to run the client if you move the camera, or want to adjust the colours etc on the colour tab – AmbientLightServer saves the preferences locally on the Pi.

Now everything is working, go ahead and mount the LEDs and the Pi to the rear of the TV, and find a suitable location for your camera. (Hint, you can get clip-on wide angle lens adapters from eBay, allowing you to position the camera closer)

Having this working is great, but it’s a bit of a pain to have to SSH into your Pi to turn it on and off all the time, so I have a few more steps.,. I purchased a smart plug for the power supply and installed some additional Python modules on the Pi so I could write a simple script to turn off the LEDs when I had finished with them.

Let us install the required python and libraries:

now lets create a script to turn the LEDs off:

press CTRL+X then Y to save

I also use an app called Workflow on iOS to create two buttons that would effectively SSH into the Pi and run start and stop scripts. If you are an Android user, take a look at SSH Button

This is how my worklows look under iOS: 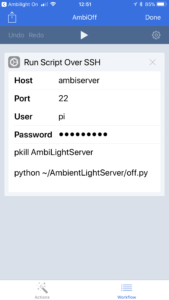 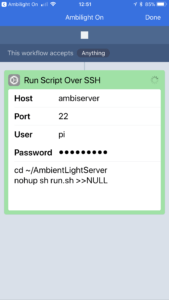 Thats it. Please feel free to leave any questions or comments below.